Caravelle Hotel opened on Christmas Eve, 1959. It is an elegant 24-storey tower with mixture of French colonial and traditional Vietnamese style built as a complement to the original 10-storey building. With commanding views of the city and an enviable location opposite the Opera House, the landmark hotel is at the heart of a city. The hotel has 335 superbly appointed rooms, suites, exclusive Signature Floors, Signature Lounge, specially equipped room for the disabled. Complimentary Wi-Fi Internet in-room and throughout the hotel is provided. 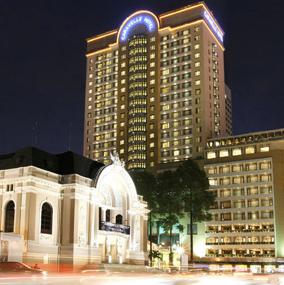